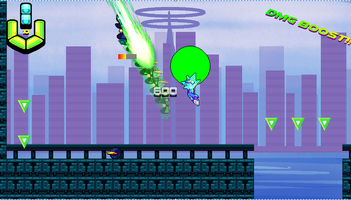 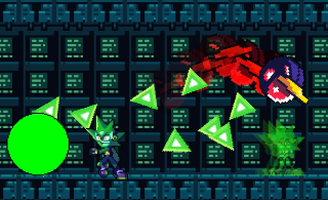 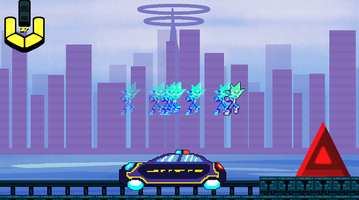 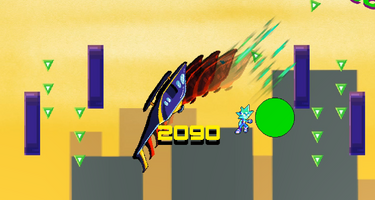 -Changed speed limit calculation to be tile-width based not wall-width based. (This prevents maximum allowed speed from fluctuating, allowing clipping in some cases)

-Increased time player is at max speed during a dash & increased rate at which dash decays. (This means you move a ton faster/farther at the start of a dash, but lose speed a lot faster. Overall, you should feel a bit faster and move a bit farther. Wavedashing is especially affected by this as its specific decay is not changed, meaning it travels significantly farther now. Use it wisely!)

-Getting a counter while wavedashing no longer causes you to not be able to use the counterattack. Before, it would cancel into just normal attacks.

-Loudmouth (boss) jumps out of the middle pit more frequently if he gets stuck. (This already happens during the boss fight but at a mostly random chance; now it's slightly less random, but not to the point where he'll ALWAYS use the same attack in that scenario).

-Removed issue /w build 0.01 that caused game not to start

(Your progress is saved across builds)

-Going through a boost ring now resets your inputs entirely rather than prevent additional ones for the duration of the boost. This means that you spamming buttons while going through a ring should no longer send you careening past the next ring instead of going through it properly.

-Spamming buttons on the start screen with a gamepad no longer plays the start sound multiple times.

-Holding a direction on the menu with a gamepad no longer scrolls multiple times before scrolling normally.

-Opening a section of the mechanics guide with a gamepad no longer crashes the game.