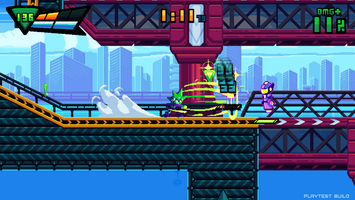 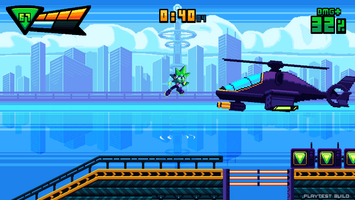 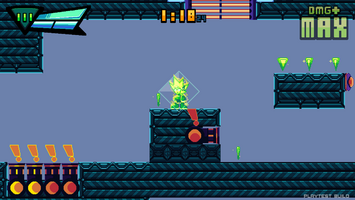 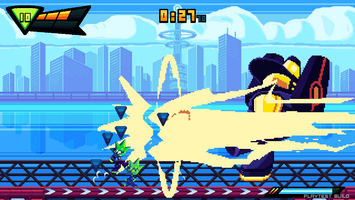 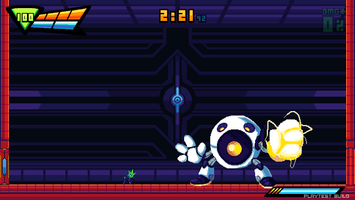 The game has now been updated to 0.2.2! This is the verison that is available at this year's SAGExpo event ! If you're streaming for it, be sure to

give this game a try!

All of Neon's combat animations have been reworked with new sprites! Say goodbye to the green placeholder blob you were phasing into with the previous demo; our dude's got some kick to 'em now! 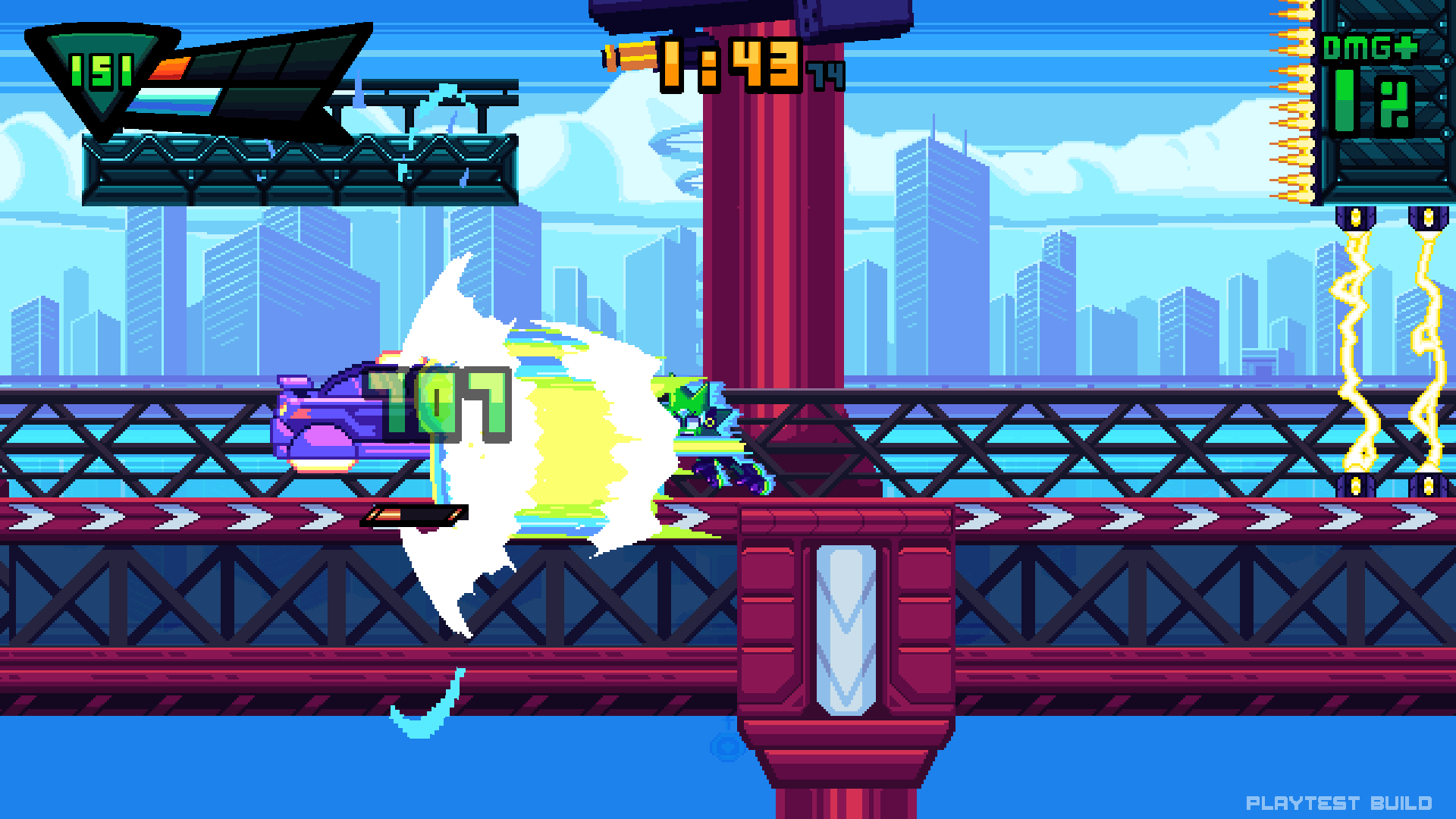 When your Resonance buff is maxed out, Neon's Break Attacks get new animations too! Check out all the electricity crackling around you as you delete bots from the game.

You can now play through the ENTIRETY of Central District; Act 3 is now available to play! You'll notice this place isn't anything like the rest of the District; what gives? Who is responsible for this building? 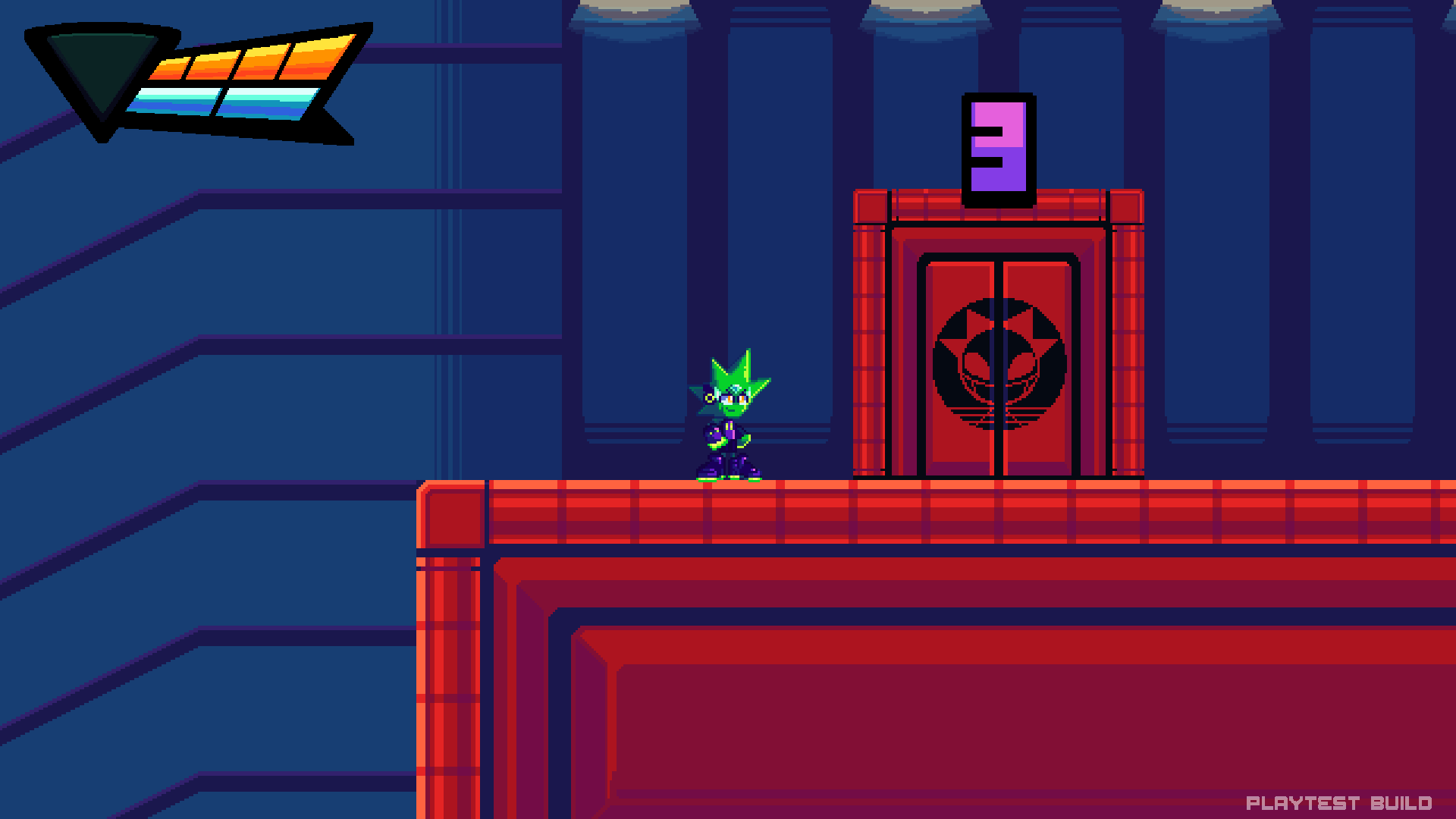 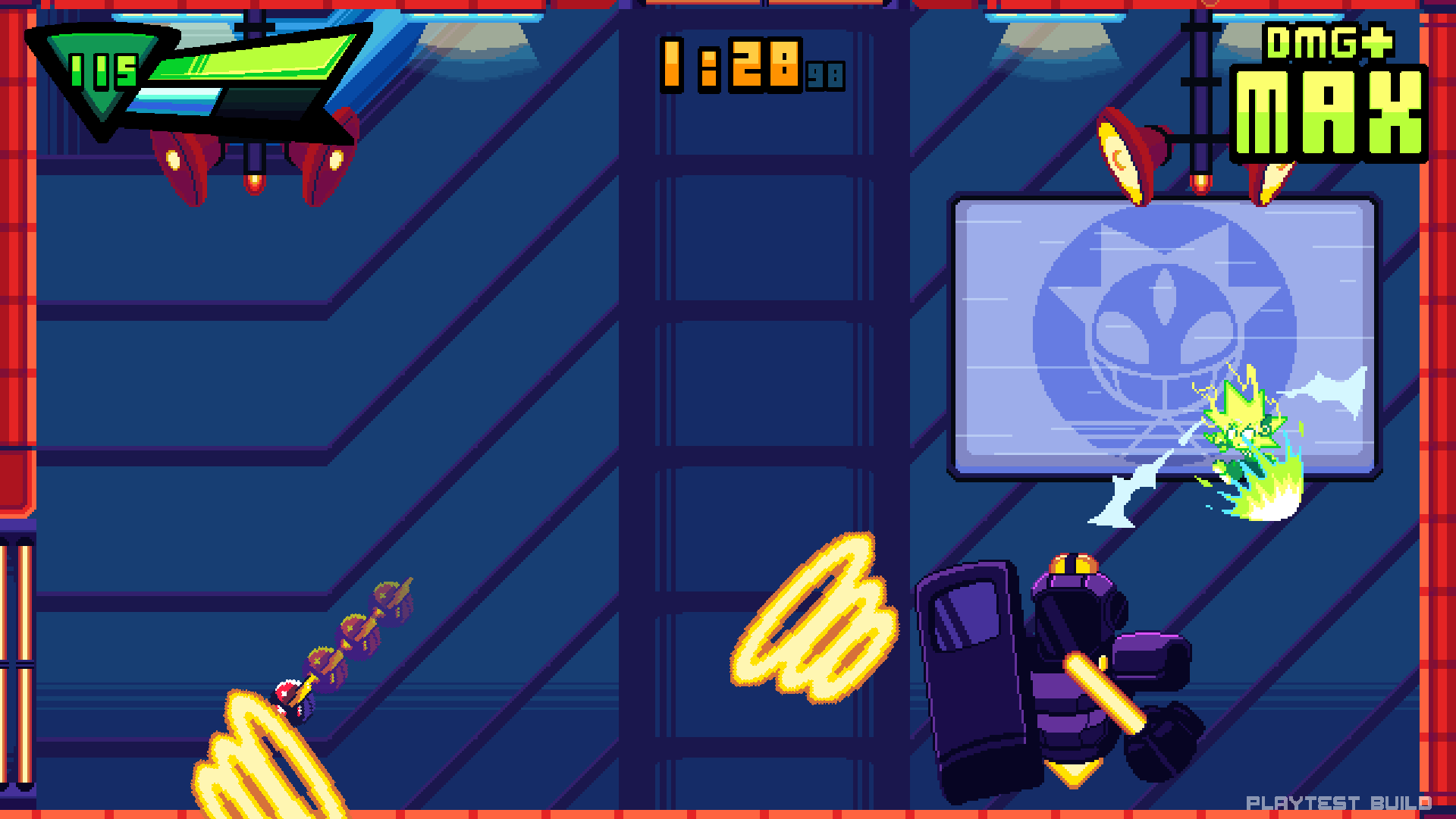 The HUD and start screen have been updated! The number text has a spicy custom font, while the main HUD's been upscaled to no longer look crusty! The HUD's HP Bar now updates based on if you're shielded or have any other damage negation!

Unlike the Aegis, Loudmouth knows some schmovement! Use your Break attacks to smash through its forceshield, and attack its core while the shield is down! Make sure to utilize your dashes to dodge and counter where you can! 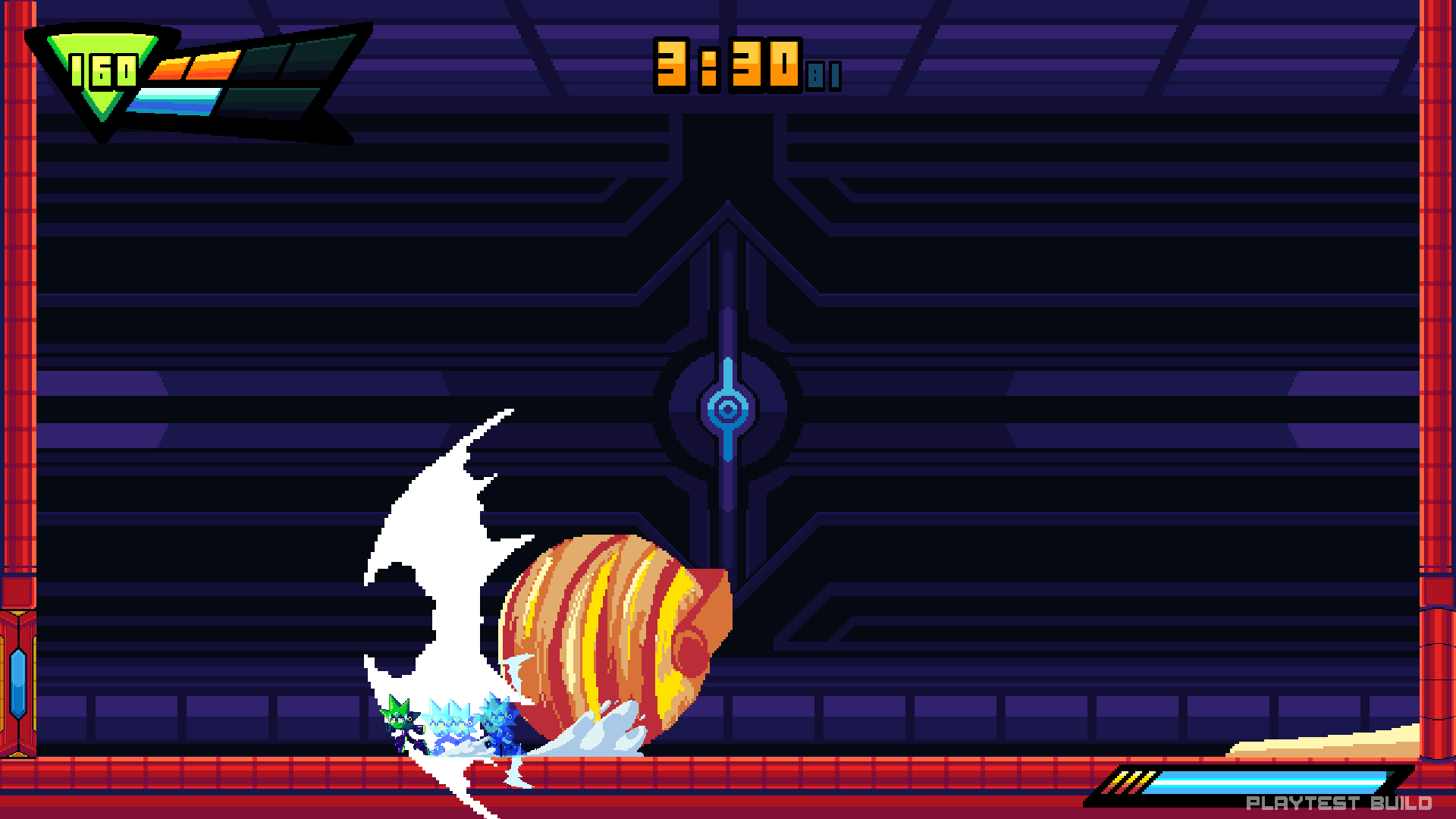 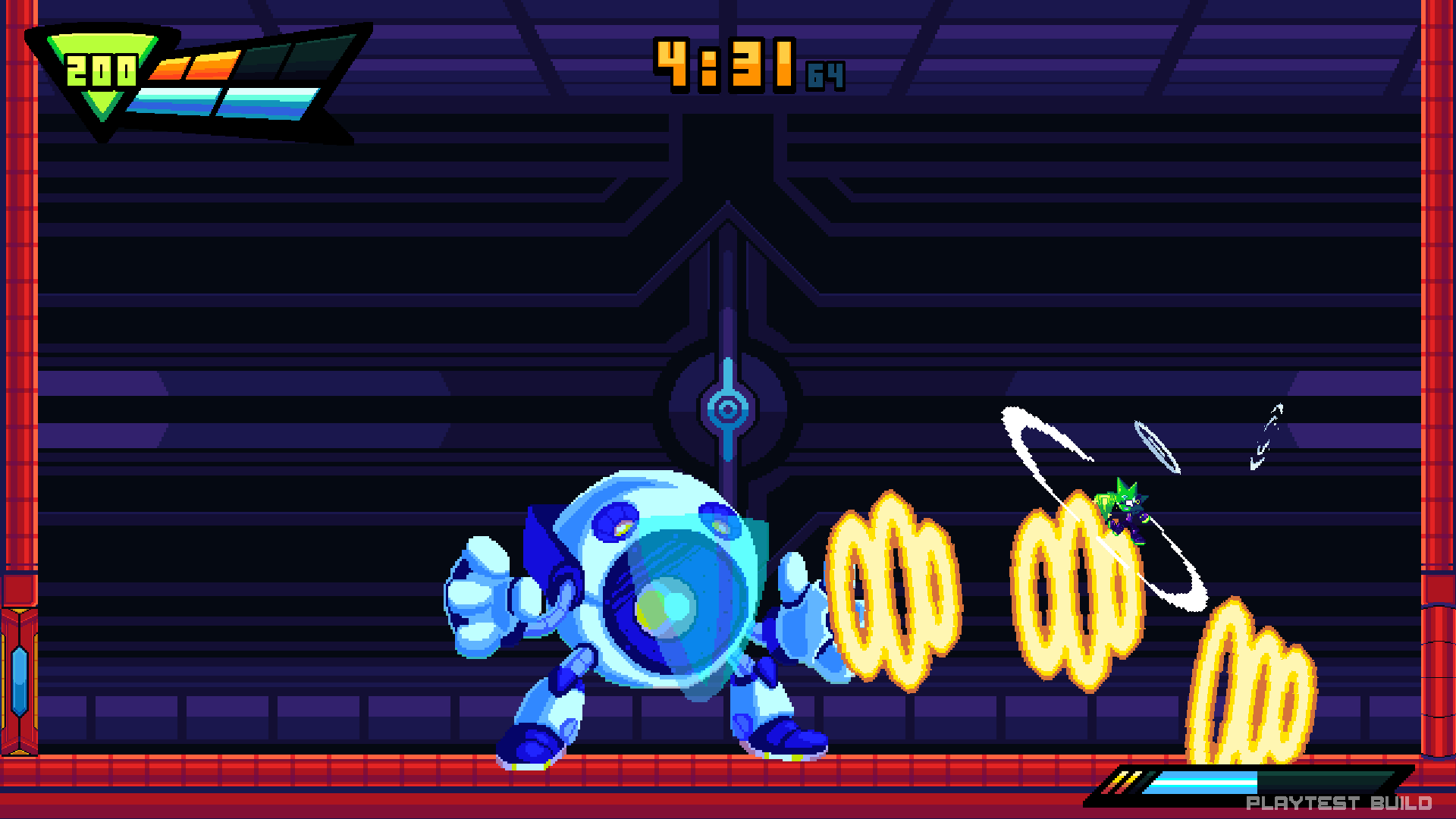 Tons of optimizations and tweaks on the backend, as well as some balance changes to the way the game plays out. Guess what? You now LOSE  nodes when you take damage! This makes it harder to heal through hits, and makes you think more about what you're doing in response to enemy aggression.

Neon's Break Attacks, when maxed out, no longer give invincibility through the entire move, as they're already so powerful. These break attacks have also been boosted in knockback, to make sending any enemy offscreen incredibly easy! Shoryuken that cruiser into the stratosphere! 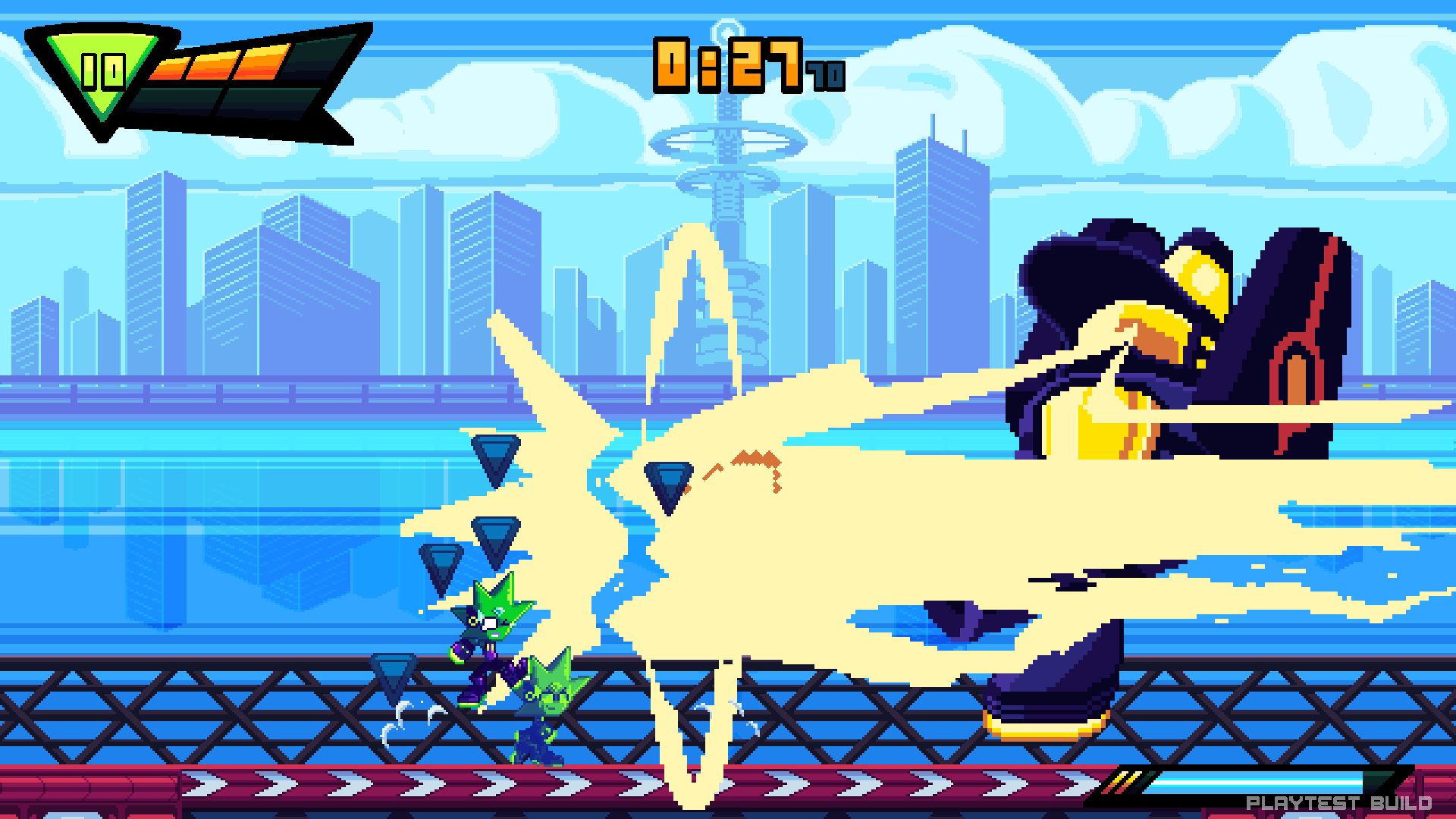 Reply
Komic Software Studios47 days ago
I like the combat and how fast he attacks. Keep it up
Reply