A downloadable game for Windows

AdventNEON is a part of SAGExpo2020! You can play the game here, or download it from the event page!

Hyperactive 2D action platformer made by a solo developer!

AdventNEON's got a focus on vibrancy, responsiveness and freedom. You've got simple, responsive (and remappable!) inputs, fluid and versatile movement options and extremely fast combat to allow you to jump around and beat down however the heck you want.

It takes a ton of inspirations from all the games and characters I enjoyed growing up, so you might notice some of that here!

The goal is for the game itself to be so fun that you'd be willing to open it up just to screw around in the hub world.

You're put into the shoes of Neon, a special android with access to Resonance: an ability to rapidly scale in power. The harder the beatdown Neon dishes out, the stronger they become, until they're a nigh unstoppable snowball of devastation. The catch? This power wears off when you're hit even once. Neon is incredibly fast and powerful, but can only maintain that extreme potential when they're avoiding damage and continuously dishing it out.

Like Celeste? You can use its dash twice! Go nuts. Avoid everything. Counterattack through your enemies. Heck, wavedash jump cancel™ if you want.

Like Smash Bros? Well we've got platform-fighter style combat here, so knock your foes around and KO them with that satisfying offscreen explosion!

Combat lets you cancel virtually everything into everything else! Make your own combos! Hit, stun and run! Start up that combo with a dash! Unleash a barrage of punches like it's an anime reference! Teleport* behind the enemy and end them with a break attack!

No preset combos or optimal strats to remember; just hit and don't get hit and you'll win regardless of your playstyle!

DISCLAIMER: Playing this game at its fastest potential may make you impatient when playing mechanically similar games.

Remap them in the options menu.

Gamepad Stick Deadzone can be set between 10% and 85% of the gate radius.

To ensure your gamepad controls are working, you can open a Visualizer for your inputs by going to Options -> Video -> Display Inputs. These show the real time inputs from your controller regardless of what's happening in the game.

You can support development through a donation here, or through my Ko-Fi at  https://ko-fi.com/neonart! Every contribution, even if it's just feedback, is more than appreciated!

Loved this game so much I went and played it twice. The bosses are cool the stages are unique and it is one of the few beat em up style games that I played and loved. Can't wait for more!

This game is like the coolest robokid cartoon but it's a plataformer fighter game, it's so cool, fast paced and satisfying... i recommend it 100%.

Also, if you smash enough without being hit you go super until you get hit again, it's the best reward i could ask for.

The only thing i don't like is that you can't cancel attacks into dashes, i would like this freedom in the game.

Sorry that I missed this comment! Really glad you enjoyed the game and feel the hype.

And yeah, I'm actually adding that ability to the next update, so don't worry!

Thanks for playing and uploading footage dudes! Outside of the quirks, looks like it was a fun time!

Ayy! This game was really awesome!

Though the gravity was really high, so the character felt way too heavy.

Also, INCONSISTENT PIXEL SIZES!! Remember to keep all the pixels the same size! :)

Appreciate it dude! Thanks for playing; I'll definitely be refining the game with more time!

this game is great!

But whilst playing and fighting the last boss the boss run to a bug that he get stuck in the wall. 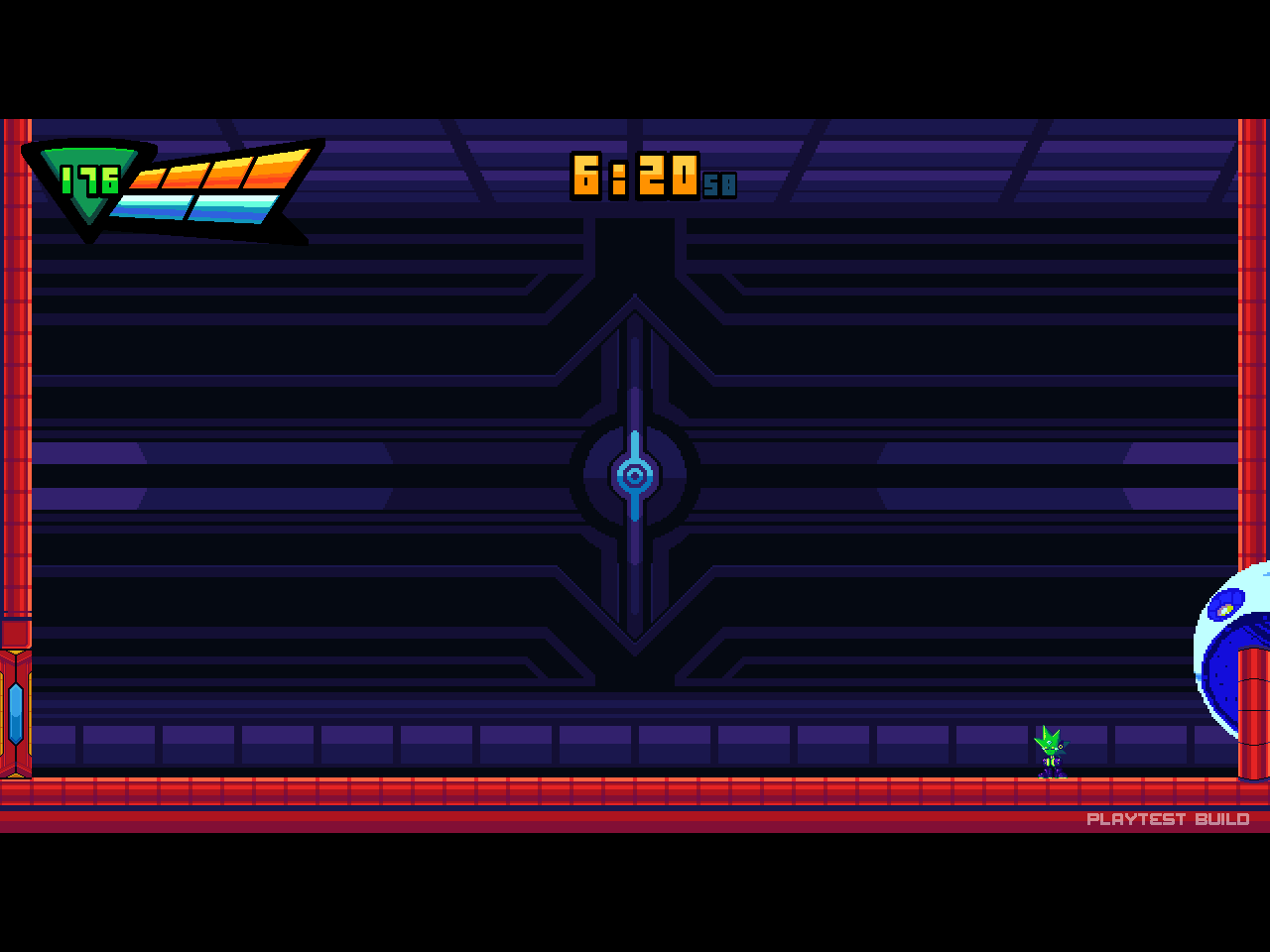 Ack; yeah that one's going to need a bit of time to fix; thanks for pointing it out!

Thanks for letting me know! The bug's already been fixed on my end, but the fix will be available with the next significant update near the end of the month; hope it's not too bothersome until then!

of course not! The game was an enjoyable experience, Make sure to have fun while you eork on it!

Just finished playing the demo for this and it's really dope! Looking forward to playing the full thing! ^-^

Ay thanks for playing dude! Really glad you enjoyed it

If you guys find any particularly gamebreaking bugs, please let me know! I may put out more hotfixes. However, for the next month or so, I'm going to try to focus on adding the third actual level and second boss to the game in a pretty significant update. (Also trying to make more not-pixel art for the game. Neon's in need of a new render or two)

Not sure how much of it I can get done within that timeframe, but I hope you guys enjoy the current demo in the meantime!

Okay I have only played the first level so far. But I have to tell you that I am absolutely LOVING the game. I decided to support and purchase the game since I have a little extra money right now and I am absolutely not disappointed. First off I love the style of the game. Secondly the music is really good as well. Thirdly-I added the game to my Steam as a n0nsteam game. Connected my Steam controller and it worked perfectly. Another point- combat feels really nice. At first I was definitely just button mashing which worked, but once I understood everything it just clicked and became a smooth ride. Kudos Dev!

Thanks for everything! The contribution absolutely means a lot to me. I'm glad other input options are working with the game, too! Everything's designed by me, from the artstyle to the code to the music, so I'm glad you're enjoying all of it.

And I wholly intended the game to allow you to button mash at first to get by, and still (hopefully!) be pretty fun, but for your potential as a player to go up exponentially once you start getting used to controlling Neon. Glad that's working out too!

I noticed a bug.  If you slide agains a wall, you have a problem because it wont stop. Please fix this somehow because if this happens, the only way to escape it, is to restart at a checkpoint. Except that, great game!!

Thanks a ton for the feedback! I'll look into this, but if you can provide more details, such as what level this was on and what you tried to do before getting onto the wall, it would help a lot!

Normally, you should be able to cancel your wall slide by pressing away from the wall or pressing down, as well as jumping, attacking or dashing in the direction away from it. So if you're stuck that's definitely a serious, yet rare problem, as it's the first I've heard of it, myself!

The bug's been found and fixed on my end, so the next update won't have this issue anymore.

0.2.0 is an update that revamps the whole game, so if you've tried it out before a couple days ago, I highly recommend giving it another shot!

Ayy incredibly appreciate it my dude!!!!

I, love, everything about this. The art, the sound, the gameplay, the oh so sweet controls! I hope one day I can make game as good as this! Never give up and keep up your fantastic work, my friend!

Thank you!! Yeah it's taken a lot of dedication to be able to do literally everything that isn't the tile set (which you can find here: https://ansimuz.itch.io/warped-city); I definitely plan on taking Neon and this game as far as they can possibly go!

You can do it! I believe in you!

Hey, for some reason I can't start the game, it gives me an error message. Anything I can do about that? I already tried downloading/unzipping it again and hadn't worked. 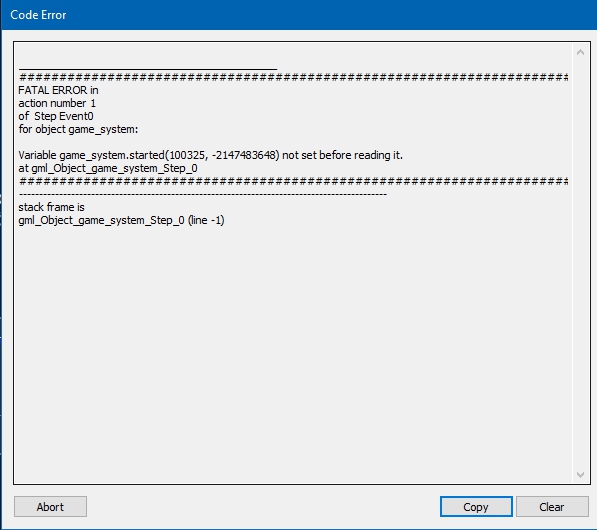 Thanks for letting me know! I've updated the build to remove the issue. It should be up in a moment. Sorry about that!

No problem and thanks for fixing it. It worked this time and it's such a blast!! The controls take a bit of getting used to but once you figure it out, it's fun and fast paced and really satisfying to land combos. I'll be looking forward to see where you take this, there's a lot of potential here!

Thanks dude! I'm glad there seems to be a positive consensus about the demo! I definitely spent a lot of time making sure the game doesn't break based on what you throw at it, so I'm also looking forward to seeing how it goes from here!

Also if you haven't tried it, keyboard controls can be remapped if they felt a bit too unweildy at first! 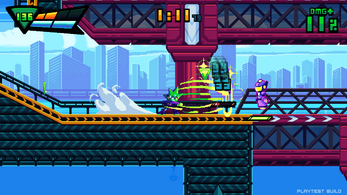 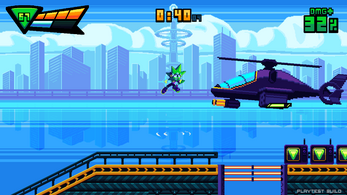 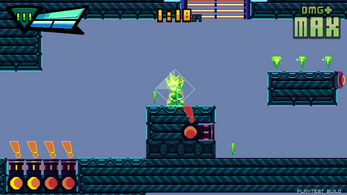 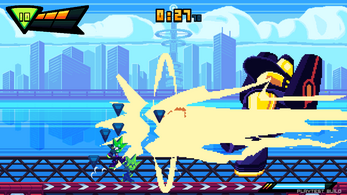 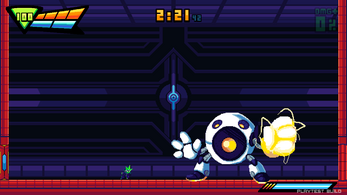