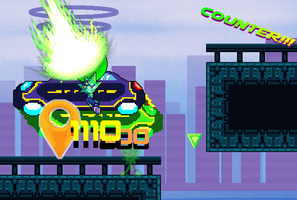 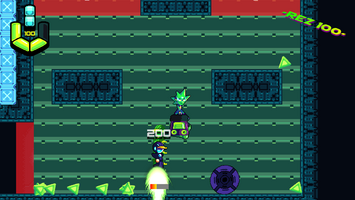 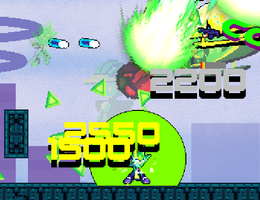 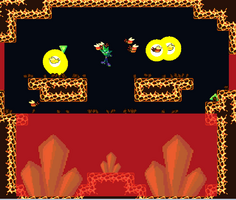 Hey guys! It's been a couple of weeks, but I've been hard at work on the game (possibly too hard) since the last devlog post! Sorry for holding this out on you guys but I've made a ton of changes from the previous build, partially influenced by your feedback! I'll go ahead and give you a general rundown of what's changed.

This is a completely new area to be added to the game. This means having completely unique tilesets, enemies, soundtrack and level gimmicks, almost none of which are present in Neopolis. Please understand that this and each Territory thereafter will be its own endeavor to implement.

Hexone is Territory that is run on, and seeks to advance geothermal power. Being one of the most inhospitable places on the planet, the robots and very few people that reside here stay underground, or inside of the various rock formations. Volcanos are great real estate, by the way.*

The experimentation with robots, androids and nanotechnology here have caused some unnatural bee and wasp-like organisms to take form from the flowing magma. They are aggressive and attack anything that moves, giving inhabitants even more reason to remain underground.

*No, they most certainly aren't.

Here are some of the stuff you can find in the small preview available as of this update.

Made the ball even more hectic. He's supposed to have legs and arms (soon(tm)) though.

There may be some stuff I'm missing, but definitely download the new demo and tell me what you think! Any kind of support from you guys is greatly appreciated!

Have a good one, my dudes!